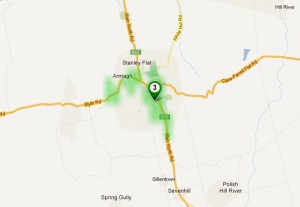 Over the next three years, construction of the fibre optic component of the NBN will be underway or completed in areas containing 3.5 million premises, in 1,500 communities across every state and territory in Australia.

Towns around the Clare Valley region announced for connection starting within three years include Clare, Balaklava, Riverton, Saddleworth and Burra.

NBN Co plans to rollout fibre optic broadband designed to offer speeds of up to 100 megabits per second to 93% of Australia. The Clare Valley can expect connections at these speeds in the towns listed above, with wireless and satellite services at 10 megabits per second provided in other locations.

Find out more about the NBN rollout.